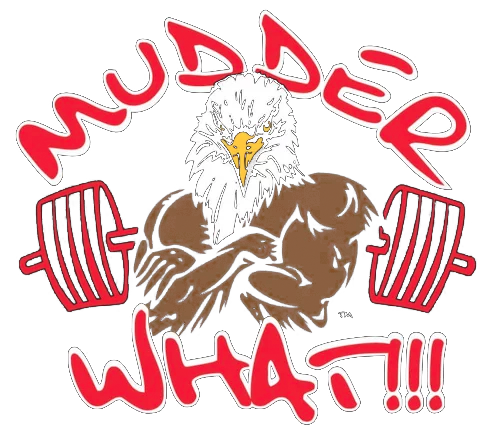 I’ve been lucky enough to have Tahia as my coach for four years now.  Throughout those four years, she has motivated me, pushed me, encouraged me, and never let me give up.  Four years ago, I was going into my 2nd year of teaching and was incredibly stressed out from my first year teaching!  I needed to curb my stress in a way that was beneficial to my mind and body.  NOT with wine!  Up until that point, I lived on spin classes or going out for a jog, while simultaneously eating like crap. The exercise was intermittent and my diet was full of processed carbohydrates and sugar.  I’d do well for a few weeks, fall off the wagon, get back on for a few weeks, and the cycle continued.  I had never stuck with any kind of fitness program long-term.  I was always interested in fitness, but only to try and get skinny.  I could get the exercise routine down for a while, but never the nutrition.  I wasn’t in terrible shape by any means, but I wasn’t happy with my overall fitness or body image.

I began my fitness journey as an occasional spin class junkie.  I’m proud to say that I am about as far-fetched from that as I can get.  There continues to be a lot of work I want to do, but that’s the beauty of working with Tahia.  You are never finished with her.  She helps you set goals for yourself, and she’ll be damned if you don’t reach those goals!

Four years ago I was an elementary school teacher.  Less than two years ago, I decided that I may want to look into a career change.  Don’t get me wrong, I LOVE teaching kids!  It was definitely my calling for this particular stage in my life.  However, I had reached a point where I wondered if I had a different calling.  Firefighting….say what?  My husband mentioned it to me and thought I’d be good at it.  He said I was clearly strong enough for it.  I thought he had lost his ever-loving mind.  But then I thought….and thought…and contemplated.  Could I do it?  Was I strong enough?  Was I capable?

Fire academy…I went for it.  January of 2016 I began the volunteer fire academy with the City of Buckley Fire Department.  What a whirlwind!  I have never been so busy in my life!  A full-time teaching job and a 6 month fire academy.  200+ instructor contact hours with an additional 2-3 hours of studying for every one instructor contact hour.  Not to mention a 4 month EMT course after that.  And yes, I made time for the gym.  Monday-Friday at 5:30 in the morning.  Why?  Because Tahia’s coaching helped me become strong enough for this job.  I needed her to help me remain that way!

CPAT:  Candidate Physical Ability Test.  In other words, the physical test firefighters must pass in order to qualify for career positions.  Now, I did not have to take this test for my position as a volunteer firefighter (some volunteer departments require it), but if I wanted to try for a career position somewhere, I HAD to pass!  This test consists of a 3 minute and 20 second stair climb with a 75# weight vest on (mimicking firefighter gear) followed by a series of obstacles (hose pull, maze/confined spaces crawl, ladder raise, 165# dummy drag, etc) that you must complete in the remaining 7 minutes.  Some individuals might SAY it’s easy, but trust me….it’s not!

I decided to sign up for this test because some firefighter positions had been posted and there was a deadline.  When I signed up, I chose to take the practice test first before going in for my real test.  During the practice test, I timed out on the last obstacle.  I was exhausted and quite disappointed in myself.  I was also a little freaked out because I wasn’t sure I’d ever get to the point of passing, let alone passing by the deadline I had which turned out to be a mere 9 days after that practice test!  And that is when I contacted my coach and friend, Tahia.

Now wouldn’t you know…I came to workout the very next morning and she had already studied videos of the CPAT and had written an entire 8-day program for me to follow?  Wow!  The dedication this woman has towards those she coaches is incredible!  So everyday leading up to my actual CPAT, I came in at 4:30am to get in the extra work she provided me prior to the Crossfit class.  And of course she drug her butt to the gym at 4:30am just to coach ME!!!

CPAT day:  I passed!  By ONE FLIPPING SECOND!!!  But, a pass is a pass and I got my CPAT card.  8 days of Tahia’s programming and I passed.  WHAT?!?  And you know what is equally as great?  The fact that I got in touch with her right away to let her know and she was just as ecstatic as I was!  She takes such pride in her work and even more pride in those she coaches.

Fast forward 9 or so months…Yup!  Another CPAT.  Some firefighter jobs were posted and I needed an updated CPAT card to go with my application.  You’ll never guess who I turned to…Once again, Tahia had a multi-week program written out for me the day I decided I wanted to apply for jobs (and yes, I had more time this go-around) and we got started right away.  Sled drags, stairs, heavy carries, anything to mimic obstacles in the CPAT were included.  And of course she wrote much of the training to be completed in a 50# vest.  Come CPAT day…I PASSED!  This time by 20 seconds!

This just goes to show that Tahia’s programming works.  I am proof.  I went from failing the CPAT to passing it twice!  She wrote the programming, she brought her A-game with her coaching, I put in the work, and it all came together perfectly.

I am proud to say that not only did I graduate volunteer fire academy and was a recipient for the Chief’s Company Award, but I have recently been offered a position for Entry-Level Firefighter with Eastside Fire and Rescue.  Yes, elementary school teacher turned Firefighter!  I have had a multitude of people in my corner throughout this entire process, but it all began that first day with Tahia as my coach.  She’s helped me with my overall fitness and strength, my nutrition, and my confidence.  She helps you set realistic goals and does everything in her power to make sure you achieve them.  I am doing things now I never would have even considered four years ago and she is a big part of that.  If you have a goal, make it known.  Tahia will help you get there!